We'll cover all the exam objectives, including PowerShell, through live demos, hands-on labs and discussions, and we will tailor the agenda to fit your needs and concerns. View detailed agenda
Everyone who attends will receive a copy of the Microsoft Press guide, 70-534 Exam Reference: Architecting Microsoft Azure Solutions (co-authored by Dan and a $40 value). The event also includes breakfast, lunch, and drinks during the social hour — all at no cost to you, thanks to our generous sponsors. 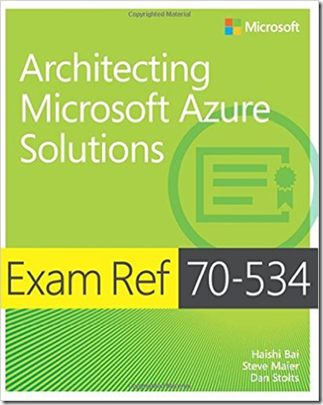 I been seeing issues with phone recently and though I would talk about them… You might forget that a Smartphone today is much more powerful that the pc you use 10 years ago. But how do you protect  them?

I seen over and over again phone with anti-virus or malware protection. You would not do that on PC why not protect your phone.

In the last few week I blogged about Problems with IPhones, and Android devices.. But wait there much more to worry about ….

Per Michael Bentley at lookout blog

Lookout has detected over 20,000 samples of this type of trojanized adware masquerading as legitimate top applications, including Candy Crush, Facebook, GoogleNow, NYTimes, Okta, Snapchat, Twitter, WhatsApp, and many others.

Over the past year, Lookout has studied three interconnected families of adware. Lookout discovered the family Shuanet, which, like all of these families, auto-roots the device and hides in the system directory. Kemoge, or what we call ShiftyBug, recently made headlines for rooting the victim’s device and installing secondary payload apps. Another family, Shedun, also referred to as GhostPush, is yet another example of this trojanized adware. While many classify these as simple “adware,” these families are trojans.

Together, the three are responsible for over 20,000 repackaged apps, including Okta’s two-factor authentication app. We are in contact with Okta regarding this malicious repackaging of its app.

For individuals, getting infected with Shedun, Shuanet, and ShiftyBug might mean a trip to the store to buy a new phone. Because these pieces of adware root the device and install themselves as system applications, they become nearly impossible to remove, usually forcing victims to replace their device in order to regain normalcy.

For enterprises, having rooted devices on the network is a concern, especially if those devices were rooted by a repackaged version of a legitimate and popular enterprise app. In this rooted state, an everyday victim won’t have the proper interface to control what apps on the phone request root access. The problem here is that these apps may gain access to data they shouldn’t have access to, given their escalated privileges.

With just a quick search for “malware” on this site you can find many stories about this topic. According to internet security firm McAfee, instances of mobile malware have increased by as much as 700 percent since 2011. It’s time to set things straight once and for all. This is the truth about Android malware.

Less you think IPhone are secure, a new Malware app called YiSpecter, the was discovered by security company Palo Alto Networks, the same entity that first detailed the XcodeGhost hack.

YiSpecter can infiltrate any iOS device via a variety of means, posing as a genuine Apple-signed app once installed. Once on your iOS device, the app can then make itself invisible to the user by disguising itself as an actual iOS app, or hiding itself from the home screen – which means the user has no means of deleting it.

Even if manually deleted, the malware will automatically re-appear.

Get and use AV protection for your phone

I like Lookout but there are other vendors that you can choose. but do nothing and it only time till you download something that take over your device

2015 Microsoft Expert Series: The Future of Security in the Cloud

In just the past 12 months, the breadth and cost of data breaches have increased significantly.

In the wake of seemingly unrelenting security failures at organizations of all sizes, from Anthem and OPM to Ubiquity and the IRS, CIOs and CISOs are being asked to create and enforce security programs that can effectively protect their data and reputations. In seeking to balance security against productivity, how can organizations remain nimble without compromising their security posture, especially with highly collaborative cloud tools and platforms? What new trends will dominate minds and budgets in the months to come?

Join us for an evening of lively conversation and diverse perspective on the future of security in the cloud, hosted at Microsoft’s exclusive Technology Center at 11 Times Square, New York, NY. Our featured keynote speaker will be Harold Moss, Senior Director of Security Strategy at Akamai.

Please note that registration is required, as no walk-ins will be allowed by building security.

All proceeds will be donated to the Food Bank for NYC, the city’s major hunger-relief organization