Get a Voucher for 417 for free along with free training and free second chances to pass the exams. I found this on the web and wanted to share this with you.

Laid out below are the sets of exams necessary to upgrade your MCSA: Windows Server 2008 to either a MCSE: Server Infrastructure, MCSE: Desktop Infrastructure, or MCSE: Private Cloud certifications. These sets of exams give you exam 417 free, access to a free Jump Start, and comes with a 2nd shot attached to each exam.

When this offer expires?
These vouchers expire on Dec 31st, 2013. All exams and retake exams in the pack must be taken by December 31st, 2013.

To use this offer go to the following Page the choose what you like upgrade to and click on BUY Voucher.

This offer does include TRAINING !!!

I was hunting for some information and came across this post on a blog on TechNet, by YongRhee at Microsoft. I am copying his post here because it such a great idea to share.

In Windows Server’s, if you wanted to capture network packets (for those coming from a Unix background, Packet sniffer or protocol analyzer, or TCPDump), you would have to install an add-on such as Network Monitor (Netmon) or Wireshark (used to be known as Ethereal). In order to install these products, you would have to go thru a change control process.

Starting with Windows 7 and Windows Server 2008 R2, network capture has been built-in and native to the Windows O.S.

Note: Details of all the options are available in the links to more information.

Note 2: You always want to take network traces from both sides (sending and receiving).

When you have the repro, to make the network trace with a ‘marker’ that you are done.

To stop the network capture

Type “netsh trace stop” without the quotation marks and then press Enter.

Once you have the nettrace.etl file, you could copy it off the server to your Windows client.

In your Windows client, you would use Microsoft Network Monitor 3.4 to analyze the network packets.

For those administrators that want to learn more and their company has a Premier contract. There is a workshop available called “Netmon for Enterprise Troubleshooting”. Please contact your Technical Account Manager (T.A.M.) about availability in your neck of the woods.

You can download at PDF version of this book. 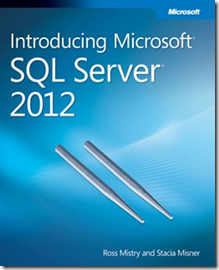 Information was supplied by MS Press

I’m honored to have been nominated for the SMB 150 list, but I can't win by myself. I need your vote! You can express your support for me and what I’ve accomplished in the SMB technology field by voting at smb150.com (you can vote once per day). Thanks in advance for your support for this distinguished industry award! #smb150

"I'm both honored and humbled by my inclusion in the SMB 150. Some of the channel's heaviest hitters are on this year's list, so I look forward to seeing how I fare against them. Whatever happens, I'm thankful to all the colleagues and clients who have shown their support for me."

"It's always great when people you respect from your own professional community recognize the contributions you've made to the field. I'm thankful to everyone who votes for me and can't wait to see who the channel picks as this year's top influencers."

Thank you all Jay…

SplashData.comrecently published the following information regarding the most popular 2012 passwords on the web. The ranking was based on password information from compromised accounts posted by hackers online. The article was also featured on blogs.avg.com.

This year, the list is back! So it's time to see how, if at all, users have learned their lessons about what makes a strong password.

Here's the full list and how it compares to last year's:

As you can see, people haven’t changed their password habits a whole lot in a year.

If your password is included on that list, or is a close variation of these passwords, it's really important to take action now!

Long is strong: The longer the password, the more difficult it will be for someone to try and crack it using brute force. So, instead of a single word, with a jumble of symbols, numbers and characters, try a string of words. Use a line of your favorite poem, song or just something memorable. Feel free to add your lucky number at the end if you like.

This is a copy of a post at SplashData.com. I have posted this here as a Public Service